The Fabrica 2.0 micro AM technology achieves true single micron resolution mass-produced parts across numerous sectors as a result of a range of hardware, software, and material innovations which means the technology can be applied to even the most exacting micro manufacturing applications across industry. 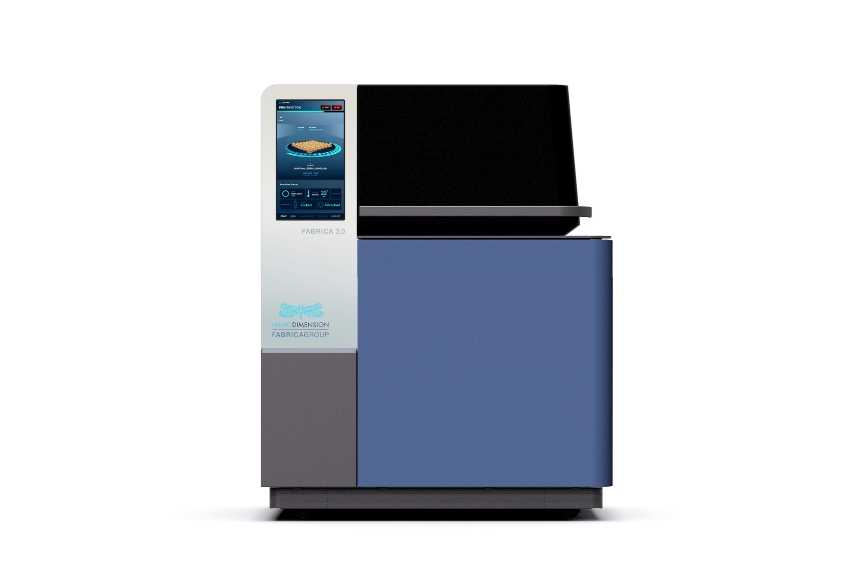 The Fabrica 2.0 micro AM platform uses the well-known digital light processor (DLP) engine, but crucially this is used in conjunction with adaptive optics. In the Fabrica 2.0, once the image is projected through the DLP unit, the light then passes through an adaptive optics module which electronically controls various critical optical working point parameters such as focus, tilt, and astigmatism. The DLP unit is also placed on an optomechanical apparatus which facilitates real time corrections of other working parameters, mainly location and accuracy in the XY plane. This apparatus also corrects for degrees of freedom such as wobbling to allow for better surface finish on parts.

The Fabrica 2.0 is able to build small parts and also large “macro” parts with intricate micro details, which can be manufactured at speed through what is called a “multi-resolution” strategy. This means that the areas where fine details are required are printed relatively slowly, but in the areas where the details aren’t so exacting, the part is printed at a speeds 10-100 times faster. This makes the entire printing speed anything from 5-100 times faster than other micro AM platforms. 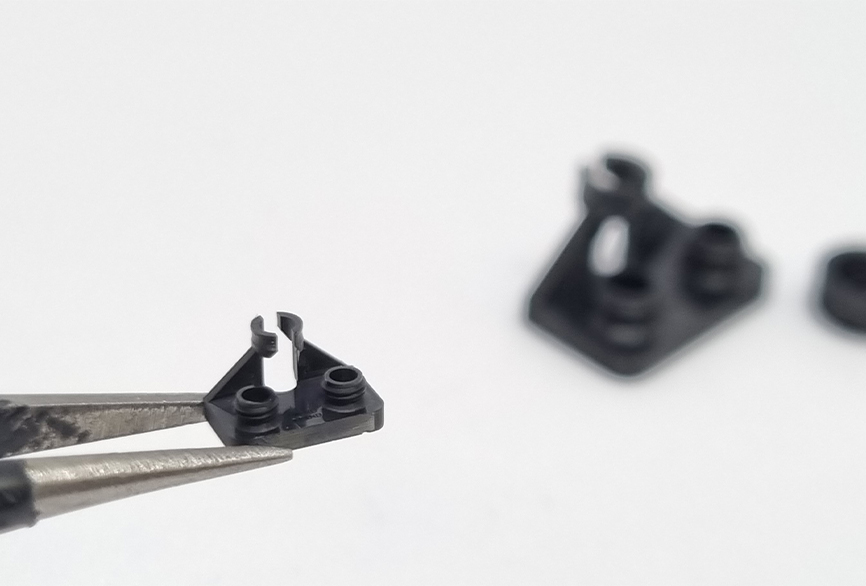 Another key enabling technology behind the Fabrica 2.0 is the algorithms used to control and optimise the hardware during production. Within the AM platform, feedback algorithms are used in a closed loop to increase accuracy and repeatability in production. Of particular importance, positioning errors are corrected using laser distance measurements.

Another algorithm family is focused on customized file preparation, optimizing print angle, build plate orientation, and supports etc…, all to ensure the most accurate, timely, and cost-effective part production.

Another major breakthrough is in the area of materials. Through rigorous R&D, and using considerable in-house materials expertise, Nano Dimension has managed to develop its own proprietary materials (based on the most commonly used industry polymers (such as ABS and PP) which enable ultra high-resolution in parts built through modifications in polymerization radii, viscosity, surface tension, and spectral-optical penetration depth.